Presenting three Artists enchanted by the French Riviera: Claude Venard (above), who spent his latter years in Sanary-sur-Mer, was endlessly inspired by boats, ports, the sea, the colour, and ever-changing light of Southern ports. Neo-Pointillist, Yvonne Canu, like Paul Signac before her, immersed herself in the life of St. Tropez when it was a bustling working port. Similarly, Marius Hubert-Robert found enchantment in nearby Ramatuelle, with his depiction of the village on an early Summer's day. You can find these and many more paintings by 20th century French artists on our website. 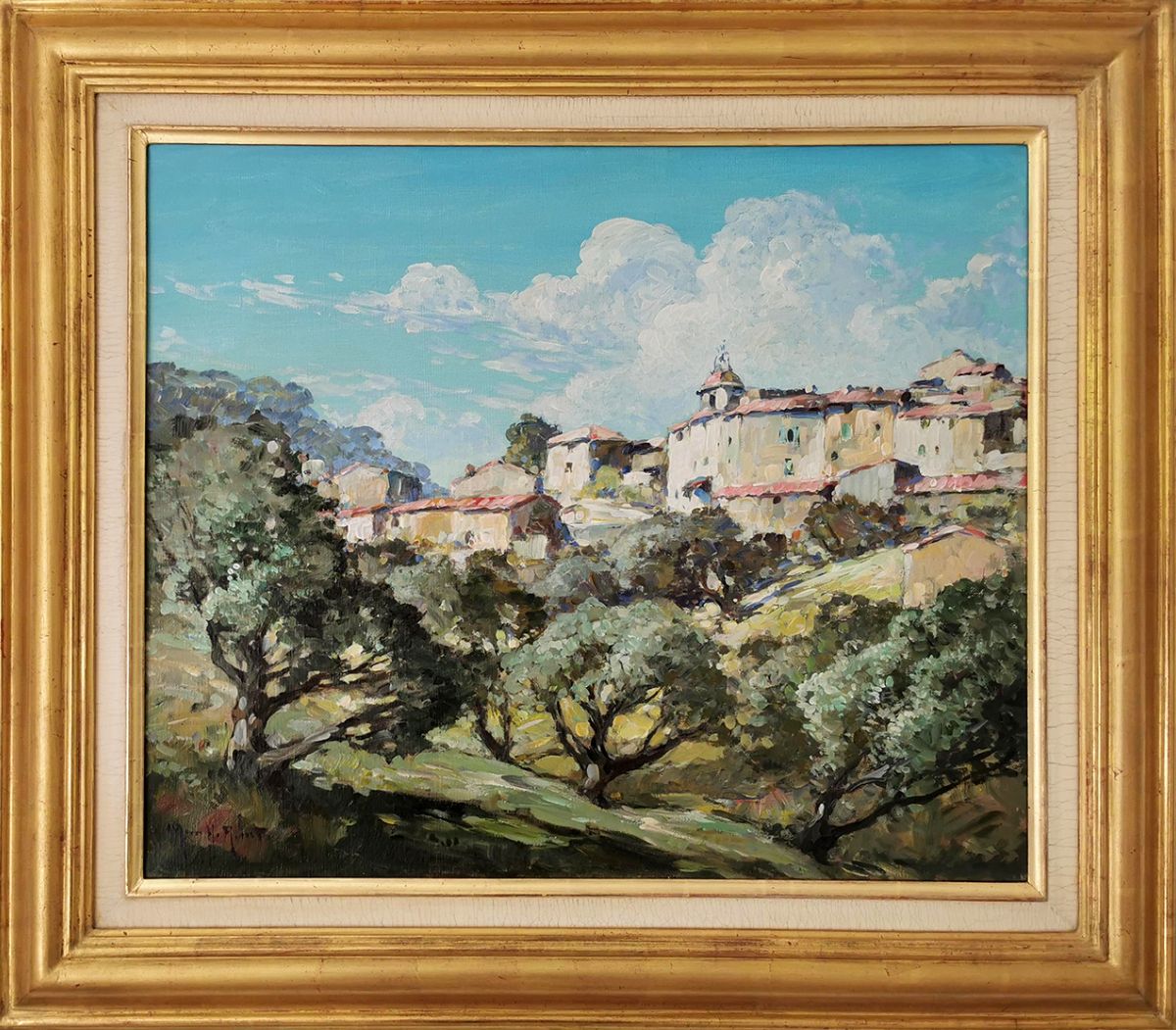 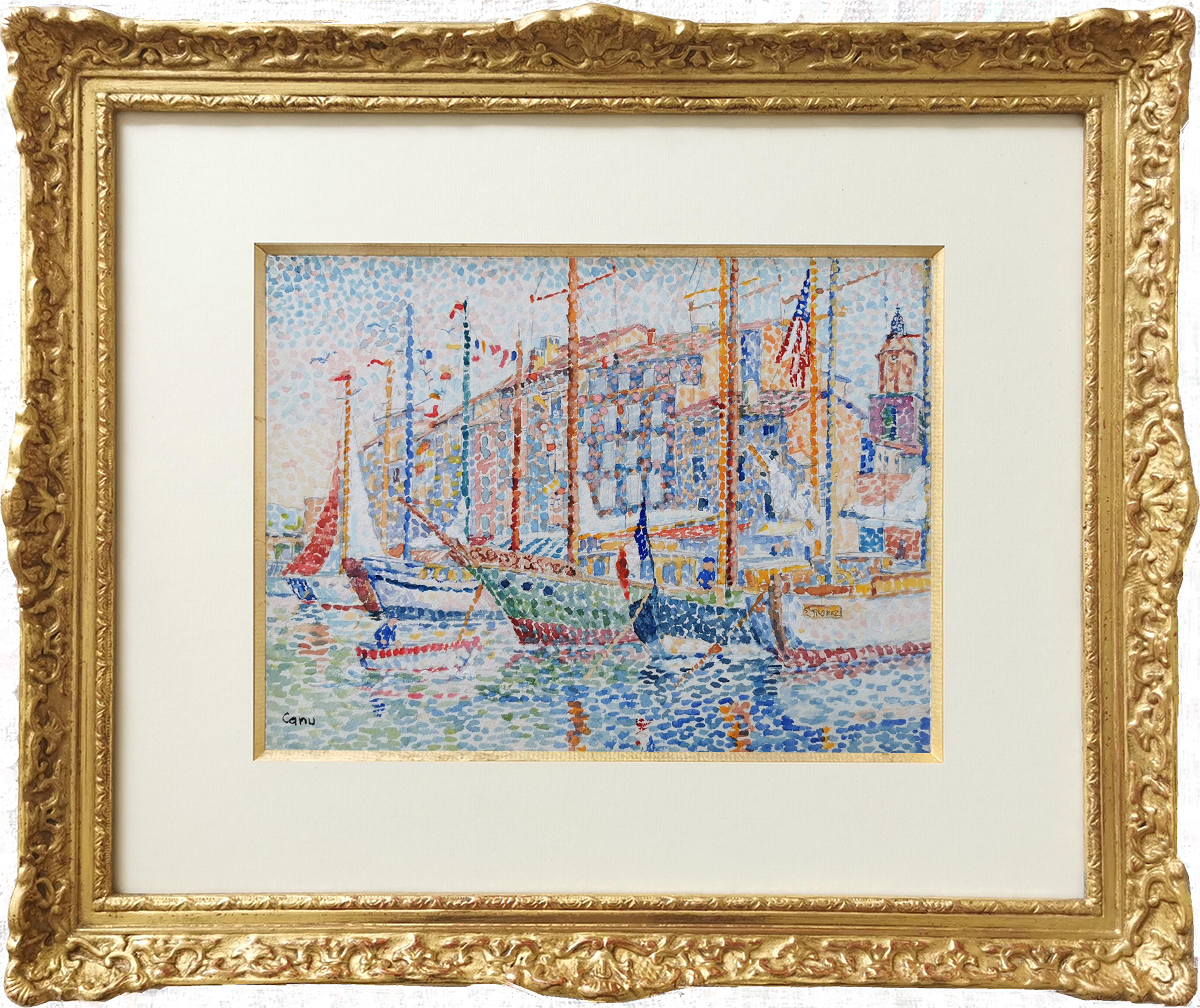 Yvonne Canu (1921-2008) was born in Morocco in 1921. The greatest influence on her work were those of the Pointillistes, and in particular Georges Seurat's masterpiece L'île de la Grande Jatte. Her oil paintings follow this divisioniste technique of colour analysis employed by late 19th century artists, and like them she often depicts seascapes, harbours and river scenes.
Pictured: The Port of St. Tropez. Watercolour: 22 cm x 30 cm (framed size: 42 cm x 50 cm), signed.

Claude Grosperrin was born in 1936 in Charenton, France. From the age of twenty he studied at the École Nationale Supérieure des Beaux-Arts in Paris under the artist Maurice Brianchon. Working from his studio in Montmartre, recognition came very quickly, winning two prestigious prizes - the Farman Prize in 1959, and the Casa Velázquez Prize in 1961. He also exhibited his paintings both in Paris and internationally. The Galeries Charpentier, Durand-Ruel, and Berthe Weill in Paris all gave him one man shows, as did the Van der Straten Gallery and Eric Gallery, both in New York.